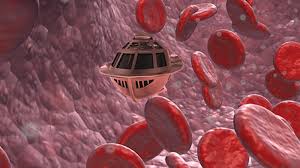 The 1966 film Fantastic Voyage involved injecting a miniaturized submarine with miniaturized scientists into the body of a scientist to hunt down and destroy an otherwise fatal disease in his body.  Essentially, that’s what’s happening inside me right now.

Instead of Raquel Welch in a form fitting cat suit, I have a compound that is weaponizing my own T-Cells into hunting down and destroying leukemia cells.  The process is called Immunotherapy.  It differs from standard chemotherapy in that it is not an outside agent that unselectively kills cells that look like cancer, but rather a way of stimulating my own immune system to identify and kill the cells.

My last biopsy revealed that I still have some leukemia cells, despite 9 months of intense chemo.  I’m sure you’re aware that fighting bacteria with antibiotics can lead to “super bacteria” that is resistant to antibiotics.  This is similar to what I’ve experienced.  The cancer cells that survived the chemo are apparently resistant to it, meaning that another tool is necessary. So, I’m currently being infused with Blinatumomab (trade name: Blyncyto), which is in a class of immunotherapy drugs called BiTEs (which stands for bi specific T-Cell engagers).  It is bi specific in that it does 2 things.  It identifies and puts a receptor antibody on the cancer cells and puts what amounts to a seek and destroy molecule on my T-Cells that will enable these immune cells to locate and explode the cancer cells.  Kind of like having that miniature submarine from Fantastic Voyage inside of me.

The Blyncyto is fed through a pump attached to my PICC line and infuses me 24/7 with the medicine.  I’m into my second week of this and side effects have been very minimal…apart from having to lug around a fanny pack that contains the pump and the medicine.  I’ll be continuing this protocol until mid-April when I’ll get unhooked for two weeks and then reconnected for another 28 days.  After that, I’ll be undergoing a stem cell transplant from a donor.

The 10/10 match donor I mentioned in my last post disappeared from the registry.  No reason was (or ever is) given.  That leaves us with a 9/10 donor who seems to be willing to move forward.  I know nothing about this donor other than that he is in the US.  I’m continuing to search for a 10/10 donor, although my doctor seems comfortable with moving forward with the 9/10, since the missing protein is not a real important one in terms of success or rejection.  So, if things go to form, next steps are to have the donor tested for things like HIV, hepatitis, and other things what would be problematic.  Similarly, I’ll be evaluated on a “co-morbidity index” to make sure I’m up to the transplant procedure.  If all goes well, I’ll begin the procedure in early June.  It will involve wiping out my own immune system with heavy duty chemo and replacing it with the donor’s bone marrow stem cells.  I’ll have a new immune system that is cancer free and, if all goes well, cured of BOTH leukemia and multiple myeloma.

Note: even though my myeloma has been in remission for many years now, it is not cured. It could reappear, although the longer it stays quiet, the less chance there is of this happening.  The transplant is the only avenue for curing it completely.

There IS a bit of a silver lining to my recent relapse.  Although it was disappointing, having it happen now gives me the flexibility to do all this crazy stuff…wheras if it happened 5 years from now when I’m in my 70s, I might not clear the “co-morbidity index” and therefore would not be able to do the transplant.  Under that scenario, I would have just had to continue to tamp down the disease…essentially kicking the can down the road…until the next best treatment protocol is approved.

Right now, life is pretty calm.  Other than the constant companion of the fanny pack, I feel fine.  I’m very optimistic with how this will all turn out and consider myself fortunate to be able to take advantage of these new treatments and techniques.