Had a very scary morning.
I was getting packed up for my scheduled 5b admission this morning when the phone rang.  It was Doctor M, my oncologist, calling to ask “are you coming?” I told him I was planning to be there for admission this afternoon.  He replied that I had an appointment with him in the morning. I responded I wasn’t aware of it, but that if I came in this early to see him, I would have to wait around the hospital for several hours before my bed would be ready.   He said he wanted to see me as soon as possible and of course I asked why. He then informed me that my last blood test showed my white blood cell count had gone from 3 (low for most people but acceptable for a chemo patient) to 38 (high end of normal range is 11).   This caused him to be very concerned that the differential was caused by multiplying leukemia cells. In other words, it was likely that I was in relapse. He tempered the news by adding that a perfect donor match had been identified….so the transplant was potentially back on the table.   He wanted me to get to the hospital right away. Recheck my blood. Undergo a bone marrow biopsy to confirm or dismiss the relapse, and discuss where we go from here.
I got to Cedars and was met by my nurse...who was holding back tears as she took my blood sample.  (She was right next to the doctor when he called and was aware of the bad news. Talk about caring caregivers!  God bless her!). I was then escorted into the waiting room to cool out while Doctor M reviewed my blood report.  After about 20 minutes, he ducked into the room, smiled, and said “looks like a false alarm.”
My white cell count had dropped to 7.   If there was active disease, it would have gone way up from 38.   So, the conclusion is that the neupogen injections I’ve been receiving were responsible for boosting the white count.   (Neupogen is intended to do just that). There were some things that led my doctor to suspect that the increase was more than just the neupogen effect, but those proved also to be false indicators.
So, I’m fine.  But I had several hours to contemplate the prospect of relapse.  It was very scary.
As for the donor, Doctor M wants to evaluate my condition after this hospital stay with a bone marrow biopsy.  If I remain MRD negative, the plan would be to finish off the chemo and move into maintenance mode….while keeping the transplant in the quiver.   If the biopsy reveals even 1 cancer cell, the transplant would be more urgently pursued. But there is no reason to believe that I’ll prove to be anything but MRD negative.
So, I’m now in my hospital room awaiting round 5b drugs and feeling very relieved.  Still hoping to be home Monday or Tuesday.
Phew!
Posted by Ed (Blog Adminstrator) at 5:10 PM 5 comments: 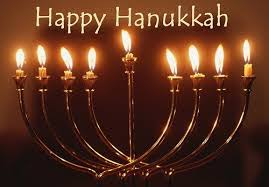 Checking back into Cedars today for Round 5B.  The past 4 “B” arms have been comparatively easier and shorter than the “A”s.  Primarily because I am able to pass the methotrexate infusion relatively quickly, which is the criteria for getting my release.  So…if following form, I would hope to be home by Monday evening.  Although Tuesday may be a more realistic goal.  We’ll see.

This has been a rather rough respite since my last release.  I suffered from a lingering cold which finally got antibiotic treatment.  While the antibiotics seem to be clearing the congestion, they have caused gastro-intestinal problems (I’ll spare you the details), so things have been rather uncomfortable.  I kind of feel a bit cheated as far as my recovery time.  But nevertheless, I’m looking forward to checking off this hospital stay.  Once I do, there will be only two remaining.  So the end of treatment is now clearly in sight.

I’ll be at Cedars for the first few nights of Hanukkah.  Not the worst place to be, as there will likely be some festivities.  Our family celebration will be observed when I get home. Meanwhile, Happy Hanukkah to all my fellow festival of lights celebrants.  And while I’m at Cedars, I plan to watch Adam Sandler’s Eight Crazy Nights for about the 300th time.