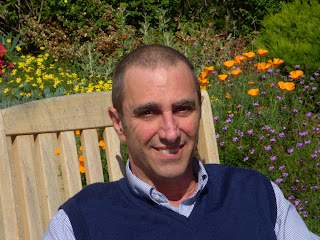 My hair is starting to return.  In fact, you could not accurately describe me as bald anymore.  I’m now a guy with REALLY short hair.

Met with Dr. Vescio at Cedars yesterday.  We covered a lot of ground.

With regard to my present state, he is very pleased with my blood numbers.  I’m pretty normal there.  He was also very pleased to review my biopsy and commented that I’m “clean as a whistle.”  I brought up some small complaints….I still get rather fatigued late in the day.    Dr. V suspects that it could be a lowered level of testosterone and gave me a shot to address that.  He also ordered another blood test to determine if this is indeed an issue.   I also have a lot of soreness in my joints, which we know is an effect of steroid withdrawal.  He said that could go on for weeks or months.  I also advised Dr. V about some issues regarding my daughter that are causing me a great deal of stress.  He was quite concerned about this, as stress is known to weaken the immune system and can actually give myeloma a jump start to remission.  It is something he wants to closely monitor.

With regard to maintenance therapy, we had a very open and considered discussion.  Dr. V, to his credit, did not knee jerk into a recommendation to go on maintenance drugs. He felt that my myeloma was less aggressive than most so it may be just fine to go on without any additional therapy.  However, he did say that the disease WILL relapse at some point.  He was pretty emphatic about that….didn’t say it might relapse.  He said it will.  The question, of course, is how long and there is no answer to that.  However, he did bring up some food for thought:


So, starting in a few weeks, I’ll be on 15 mg of Revlimid every day for 3 weeks at a time and then off for a week.  I’ll also be on 50mg of prednisone every other day….a considerably lighter steroid load than the 40 mg of dexamethasone I was ingesting weekly during my last remission (50 mg of Prednisone = 7.5 mg of Dex).  The steroids should not affect me much and will probably have the positive effect of mitigating my joint soreness.
As for the Revlimid, there can be some pretty significant side effects.  The biggest caution is that you can’t take it if you plan to have children.  You may have read that thalidomide was widely prescribed to pregnant women in the 1950s and resulted in major birth defects.  I am not in a procreation mode, so that is not an issue.  However there are some others.  It can result in blood clots.  It often brings muscle cramps (charlie-horse cramps are common). It can bring moderate to severe neuropathy.  Some people get very constipated, others get diarrhea.    Some have no digestive problems at all.  And it often results in fatigue.  These are not the small print worse case symptoms that the drug manufacturer is required to disclose even though very few people experience them.  These are very common symptoms.  I know several people who take the drug that experience cramps, neuropathy, digestive issues and fatigue to significant degrees.    So it will be a whole new ball game for me.  Again, I have the ability to opt out or reduce the dosage.  So we’ll see how it goes.  It is a bit daunting.

Meanwhile, my recovery is still going very very well.   I'm back to work nearly full time.  I play tennis every weekend.  Ride my bike, etc.  As I mentioned, I do get tired later in the day and I’m sore from the steroid withdrawal, but other than that, I’m back to living a pretty normal life.