Gearing up for Round 4 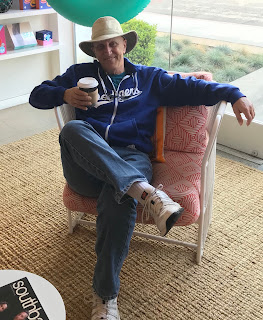 Welcome back, fight fans.  We’re about to initiate Round 4 of a scheduled 6 rounder between the skinny kid from Wisconsin and the Big Bad Hyper C-VAD monster.  It’s been a tough fight so far.  I’ve absorbed numerous body blows.  I’ve even been knocked to the canvas a couple of times, including Saturday night when low immunity levels combined with a fever of 102.4 led to an unscheduled visit to the ER where we learned that I had contracted a urinary tract infection…which was treated with antibiotics and I was mercifully sent back to my corner (sent home!). But I’m back on my feet and ready to fight again.  I’ll be checking into Cedars on Thursday for +/- a week for this round.  Also heading up there today for another bone marrow biopsy to hopefully confirm that I’m still in remissions…which would mean I’m currently ahead on points and on track for winning the fight. So, stay tuned.  There is plenty of action left in the upcoming rounds…and as Howard Cosell always said “this kid can take treeeMENNNNdous punishment.”

Special shout out to Vicki, Bridgette and Kaye for having fought off some crazy afflictions.  Kaye is back on stage in Austin leading the Kaye Pasa Trio.  Bridgette is galivanting in Europe.  And Vicki was seen celebrating with friends at Big Chill 2018.  You are all tough as nails and living miracles.  So happy for all of you!