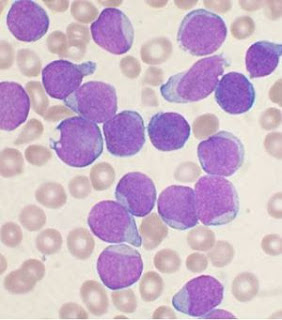 So, I was feeling kinda crappy.   It felt like I was coming down with the flu.   Violent shakes. Dry mouth. Overall malaise. So I covered up with blankets, drank Gatorade, and endeavored to tough it out.   But after a couple of days and admonishments from Susan to take this more seriously, I visited my primary care doc who examined me and said “I don’t like the looks of this.”  He got my oncologist on the phone and she didn’t like it either and they both felt a visit to the ER was in order. That was April 30. I did as I was told and went to the hospital.   It’s May 12 and I’m still here. Turns out I had a case of pneumonia. But there is more to it. The infection came about because my immune system was severely compromised. White blood cell count was about ½ of what it needed to be to fight off an infection.  Suspecting that perhaps I was in myeloma relapse, I was sent for a bone marrow biopsy. Turns out the myeloma wasn’t the problem. It was much worse. I am now afflicted with leukemia. Acute Lymphoblastic Leukemia (ALL) to be specific. Like multiple myeloma, it is a blood cancer.  It is not the same disease….and I’m not close to being able to articulate the difference, but suffice it to say it’s a nasty cousin. It quickly takes over your immune system, replacing good cells with cancer cells that do not protect you from infection and disease. It can be very aggressive and must be treated forcefully.  That means heavy doses of chemo. Unlike myeloma, successful treatment CAN result in a cure. But there are a lot of variables to consider in designing treatment….as there are specific genetic markers that can spell out the specific treatment protocols that can be more or less successful based on the chromosomal composition of the cancer cells.  At this writing, we are waiting for more pathology results that will dictate my treatment….but there is very little question that it will involve several weeks of in-patient chemo…..the really ugly stuff that will make me lose my hair, cause nausea, and make feel beyond shitty. Bottom line, I’m in for a tough fight for the next several weeks. But I’m steeled for battle and prepared to win.
Emotionally, this is a blow as you can well imagine.  Apparently it came out of nowhere. A month ago, it may not have existed.  But suddenly, cells decided to mutate and boom…..here I am. It may or may not be related to the myeloma.  Perhaps more a by product of the transplant than the disease itself. But the fact is, I have two discrete forms of cancer.  Lucky me!
It’s upsetting to be sure.  Not how I planned on spending the summer of my 66th year on earth.  But the fight will commence and I have every intention of winning it.  But it really truly sucks.
Consider this a very abbreviated update.  I’ll fill in some of the spaces as I get the energy.  Consistent with my original design, this blog is primarily a cathartic device for me to manage the disease.  So thanks for tolerating the self indulgence and welcome to the new journey.
Posted by Ed (Blog Adminstrator) at 9:31 AM